I sometimes get comments about how much fun and how easy our travels appear – but be relieved: everyone has not-so-great days. The secret for those days is to vent it quickly out and find something good out of every moment – those days got to provide to at least a fantastic cocktail-party stories, if nothing else! Sometimes those days just have to happen, but of course you always hope it’s not a day when you have something special and important to do, or places to go to. Well, it did happen to us yesterday in Beijing, and now I am writing this post from Hong Kong instead of exotic Cebu in Philippines (sometimes I wouldn’t mind staying an extra night somewhere on the way, but when you are going to a lovely beach resort a foggy city (like HG was upon arrival) certainly looses that comparison…)

It all started because it started snowing overnight in Beijing – and a few unrelated incidents added on top certainly made me think that it was my Friday the 13th. First early in the morning our driver did not appear at the hotel. Luckily I was able to get a taxi, which nowadays is not such an easy thing to do in Beijing (but I guess it helped that it was early Sunday morning and snowing). At the airport the driver didn’t want to give me change from a 100 when the fare was 54 plus few more kuai for airport tax (in China you don’t tip like in some other places). After a little fight I managed to get 30 back and the driver drove away swearing at me profusely since I wasn’t an easy tourist to trick.

The airport check-in was swift and we moved onto the train to get to the gate area – but the train sort or broke down – frozen brakes or something, which made the journey last 25 minutes instead of the standard 3 or so. But we had plenty of time to spare, so spirits were still high. I already knew that the flight was going to be 45 minutes late the night before, but was not worried since we had almost three hours to change the plane in Hong Kong. But, but…we ended up waiting at the airplane for nearly three hours!

When we finally started moving I was a bit worried of the snow on the wings and the fact that we had not been sprayed when I could see some Air China planes being cleaned further away. However, we only taxied to a special area for de-icing and an hour later were finally in the air. So I pretty much knew we were going to be missing our flight. in Hong Kong we then got after quite a wait hotel and meal vouchers, and were told to pick up our luggage in the counter. I quickly filled the landing cards to Hong Kong so that we could join the long immigration queue (which moved really fast though). When our turn came the lady was not very impressed by three kids passports all spotting almost identical baby photos (our kids do looks very much the same, especially as babies. Even my own baby photos fits perfectly to that bundle). She shows one passport and I point to Hugo, another passport and I point to Anais. But then, she decided to ask Celeste what her name is and…this girl is a bit special and likes to joke around. So she says Hugo!!! I was thinking that now this lady thinks that I have a fake passport or a kidnapped kid or something. The lady shuffles couple of times through all our passports and then finally lets us know. This mom starts lecturing about well-raised kids who politely and truthfully must answer these questions…

But no, the obstacles for the day are still not over – I am told that I cannot get my luggage as it has been directed for the next day’s flight so we go with to the hotel without any extra clothing. And of course this hotel has two nice pools. No worry kids, we all needed some new swimwear so let’s go shopping says mom. The hotel is out of swimsuits and apparently the million airport stores right now have no swimwear either. Luckily kids settle with some nice TV-program and a good dinner. Oh yes- the dinner. Airline said we can order food, but hotel only gives you a dinner buffet – I loved it though: Indian, seafood you name it. My kids still aren’t big spicy food eater so especially Hugo settles with plain rice and not much more aside some meat. Buffet offers tea and coffee, but the kids would like some milk like they normally have. Yes, we get milk and a big bill too – this is what probably made me really fume: we are talking about 7 USD a glass, more than beer for this simple white stuff. My son’s 40 USD dinner of boiled rise and milk!!

So that was last night. The morning was a bit foggy but is clearing up. We had a lovely breakfast, kids are taking pictures with iPads and excitedly waiting for the flight to Philippines. We are all happy and in high spirits again, ready to check out of the hotel and get into that plan. The plate is clean, little troubles forgotten as our big ADVENTURE (hopefully – me and three kids alone couple weeks certainly spells like adventure of some sorts) is about to begin. Happy Monday to you too, may your week be filled with goodness and less of those not-so-great moments!

And what did I learn about this event? Normally I pack some extra clothing in the carry-on, and will certainly do that in the future too – swim suits included. Now if the same things happens on our way back we are for sure better prepared ;).

8pm – travellers update: 37 hours after we left Kempinski Hotel in Beijing we finally made to the Crimson Resort in Cebu, Philippines. And our bag made it too, although it was among the last ones to arrive and kept me on my toes. Little Master H. fell asleep so deeply in the car that I had to carry him all the way to bed. Miss A. sadly wasn’t feeling great and twice vomited on herself in the lobby, but a shower and bath while watching cartoons, some medicine and TLC for mom made it all good. Miss C. as always was just asking for some chocolates…

It was dark and very humid when we arrived, there was a faint smell of flowers in the air and some animals chirping – hopefully tomorrow reveals a beautiful scenery and a healthy, well-rested team – and do I also selfishly get to hope that the next 6 days of cloudy and thundery weather turns into sunshine and a gentle sea breeze??? 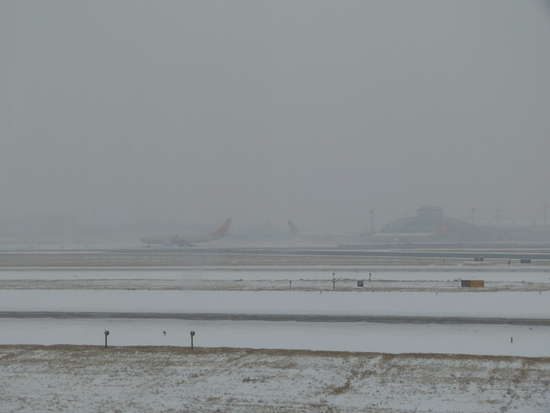 Oh no, the snow just keep coming at the airport 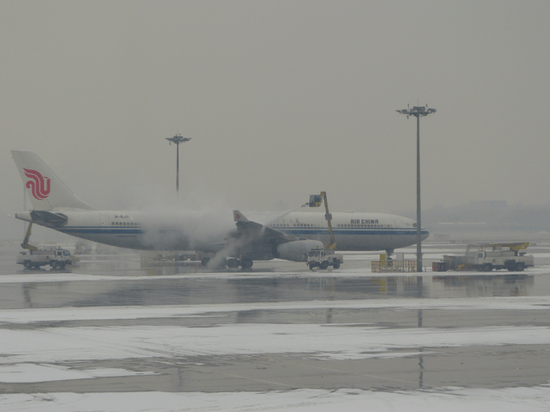 I see planes being de-iced… 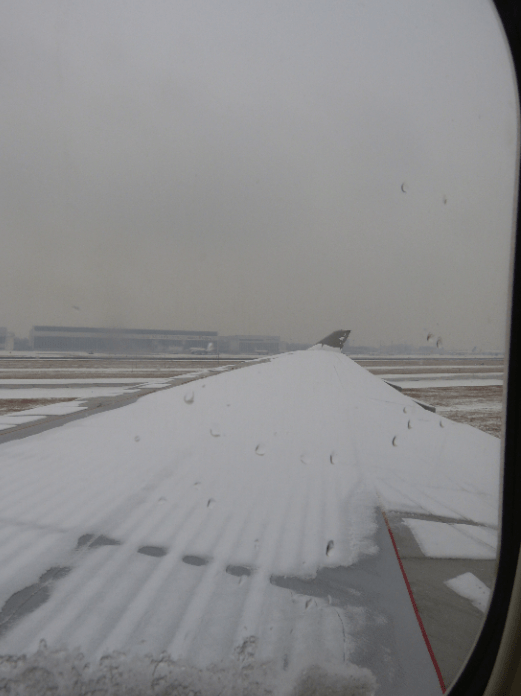 …and get a bit nervous as we start moving with all that snow on the wings. Next time, captain, please tell what’s going on to your passengers! 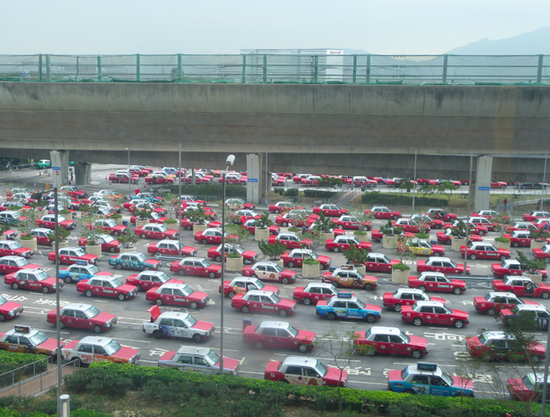 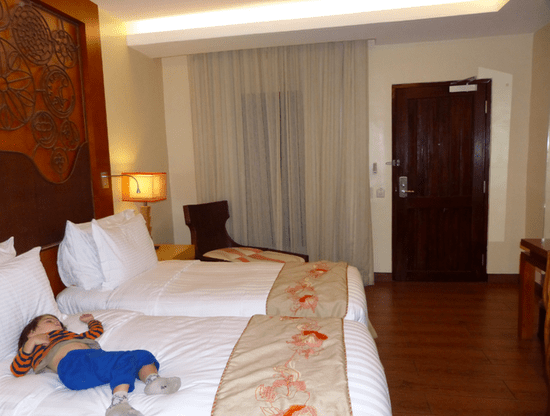 We finally made it to Cebu! This little traveller did not wake up during the check-in or the ride to our rooms!

One Response to "the day i didn’t wish for snow…"