Yes, I admit that I got caught up with that space shuttle Endeavour fever too – so much that I ended up waiting for the great and historic appearance with a bunch of people for more than an hour (as it was late) – accompanied by some delicious almond croissants and coconut water (what a delicious late-morning breakfast that was…)

Was it worth getting cold and having a bit of an achy back – I think so. My first, and probably last “live” sighting of a space shuttle, which didn’t even last very many seconds (what happened to that low-flying tour around the NASA Moffett Field?), but still.. And may I grandly present my evidence – probably not the best photo around, but it is my photo anyway: the space shuttle Endeavour over Silicon Valley on its last journey to LA. 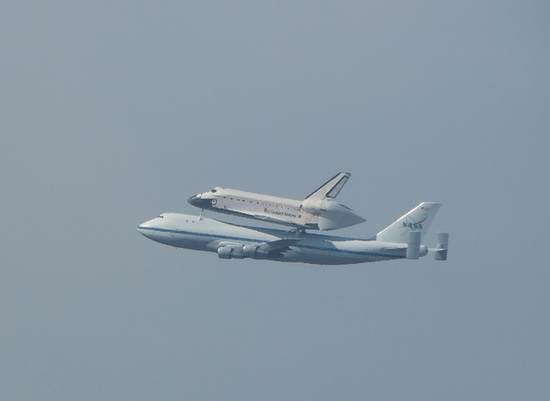 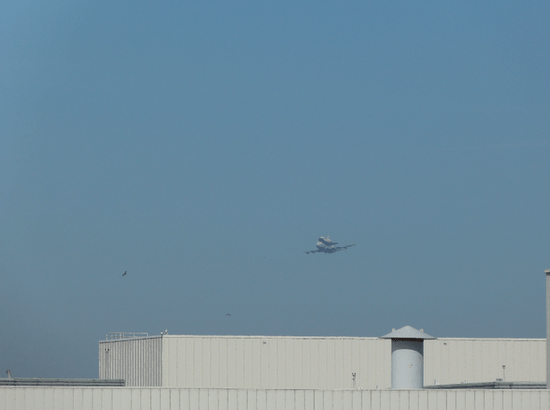 One Response to "a little bit of that space shuttle fever"