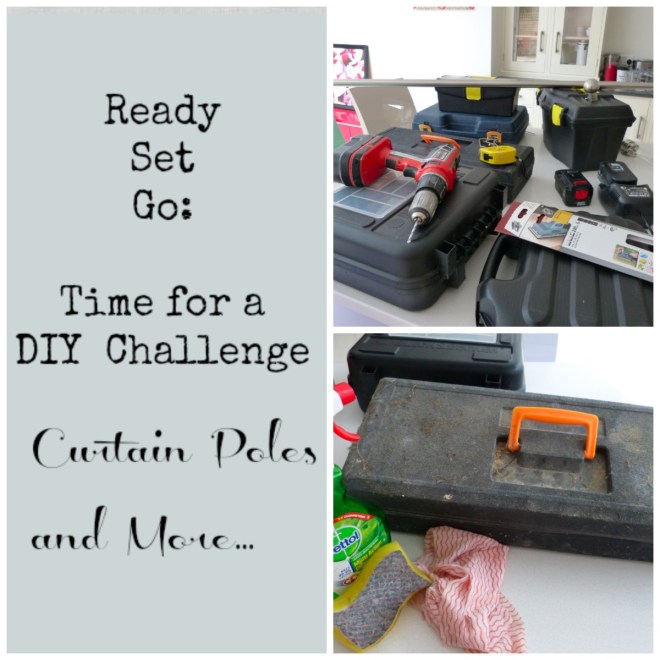 The husband is busy and so is the handyman I like to hire. We’ve been living in this house for five weeks and still no curtain poles. So I am starting to feel a bit desperate, and decided to turn into jack-of-all-trades. It can’t be that hard, can it?

My kitchen is turning into a tool central. But being a woman there are few more steps in my process compared to most male counterparts before I can get drilling. Such as… 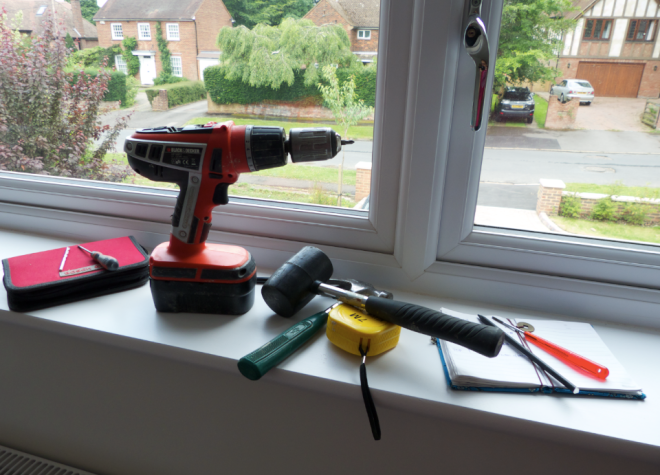 So here we go: tools have been cleaned and the best ones (I hope) for the task have been chosen, measures taken and holes marked for the drilling. It’s time for the countdown: ready, set, drill!

I was worried about making too big holes where the plugs would disappear into and then not hold the brackets, so I started with slightly smaller drill head than then screw and it worked well. or almost, as I had a bit tough time hammering the plug into its place (the next round I wiggled the drill a bit so it got easier.

I don’t know if it’s just me, but it was really hard to get the screws tight into the plugs as the bracket was on the way. In the end I used my one horse power for the final tightening instead of the electric tool. There just might be some sore arms tomorrow… 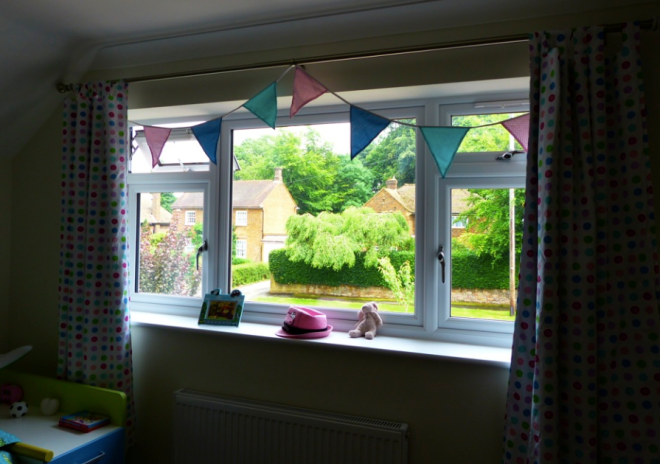 A moment I thought would never arrive: three brackets later the curtains are up and the pole seems to be straight and properly attached! It didn’t help that the ceiling slants on one side – I normally like to have the poles extend at least 10cm (3.5 in) past the window, but it just wasn’t possible here (we can call it the quirky English construction style – or poor planning from the house architect…).

This one pole took quite a lot of effort and nearly an hour of my time, I am quite not ready to tackle another one today, but tomorrow is a different story altogether…and I believe the saying that the next time will be twice as fast, maybe even more! Am I the master of the curtain poles now? Certainly now, but the title for apprentice has certainly been claimed, just ask me 10 poles later and I hope it will be a positive answer. Now, it’s time to celebrate with a glass of wine and hope that they blackout curtain keeps the twins sleeping well beyond sunrise!

2 Responses to "turning into a diy master: curtain poles"