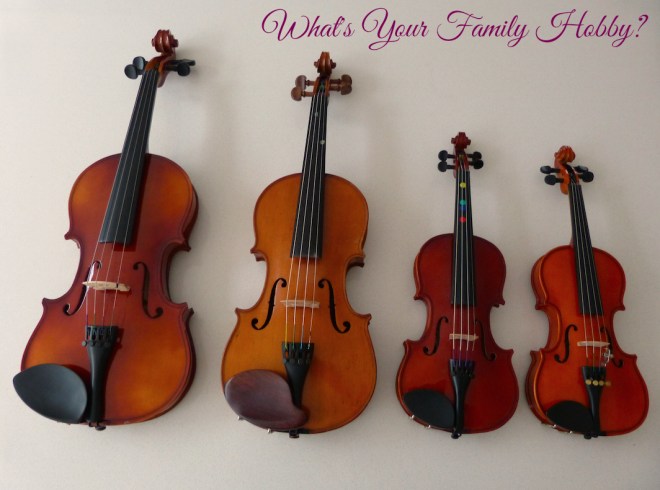 When you hear the phrase “it’s never too late” what do you think? Yeah right, in principle it sounds good but I’m way past the learning point – or are you all for the new challenge? I used to think the former to the tune that I should have tried it twenty years ago and now it’s too late..but the past two years I have found myself rising to the challenge and sometimes even way beyond. Maybe it’s my midlife crisis, and if so I guess it could be worse.

Couple of years ago I started to blog, learned yoga, pilates and meditation, even some “proper cooking”, moved our family to China few weeks after the opportunity was presented to us (and back even faster when the pollution started to hit sky-high levels in Beijing), started to play tennis (something I dreamed off since I was about 7 years old but what rural Finland never really offered a change to try) – and now finally I have decided to learn to play an instrument – and no less than a violin.

I actually always wanted to play an instrument and applied to the local music school when I was young, but since I wasn’t really able hold a tune when I was singing, I sadly failed to get it. I guess my parents were never really the music type of people so that was the end of my dream of learning to play an instrument – until now. I sort of thought piano would be the one for me, and therefore I am probably the most surprised of my decision to go for violin at this ripe age.

The answer to the question “Why violin?” is a pretty simple: family. First our eldest daughter Anaïs started to play violin, then the younger siblings kept trying to get violin, so I bought another one, then yet another one. But in that process of buying a little cheap first violin on Amazon I accidentally managed to acquire a full-size violin instead, and never managed to return it. At this point I had three kids playing some awesome, as well as seriously screeching tunes on a rather frequent basic. And when I ended up demonstrating long notes on a mini violin for the little ones I realized that (at least) playing simple notes with the bow wasn’t as hard as I had though!

And finally, as school finished this week and I found myself spending two merry hours at the violin teacher’s house with the childen taking their turn to belt out some scales and tunes (normally the lessons happen during the school day so I am not that involved). I somehow decided to bring the extra violin for the teacher to be tuned after the children persuaded me to have a go too. And I rather enjoyed it!

So next week we’ll have a quadruple lesson at the teacher’s and we’ll see if I managed to play one day the twinkle twinkle little star my youngest is currently practicing. Nevertheless, we are having fun and doing something together,so stay tuned for a possible invitation to a string quartet family performance in the future… 😉

I would love to hear what new hobbies you have discovered, either solo or with your family and if that has changed the way you feel about yourself or how you see new challenges in life?

One Response to "starting new hobbies – it’s never too late"