In a country where everything is pretty pricey (at least for foreigners) the great sport of tennis is still not so popular – and that meant that we were easily able to get tickets to the China Open to see some world-class actions. No traffic jams, two matches for the price of mere $25 USD a head, and some spicy Indian food and nice cakes between the matches. Not too bad.

Sadly we didn’t see Maria Sharapova shine as her opponent Hercog didn’t seem to have a too good of a day, but in the men’s match the 165:th ranked Chinese Zheng wowed us with his serves against the Frenchman Gasquet and rise into victory – which the help of the local crowd and us cheering for him. What a great match that was! 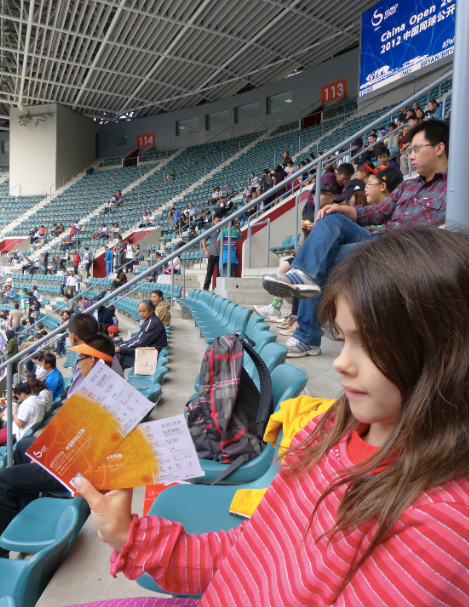 Miss A. in her first major tennis tournament 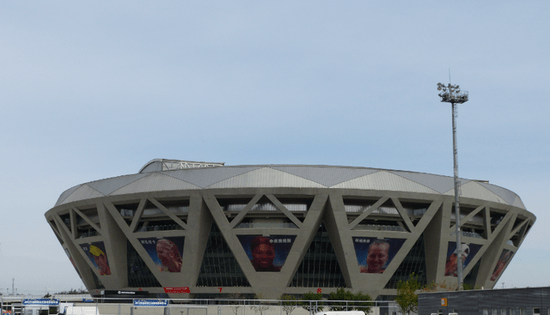 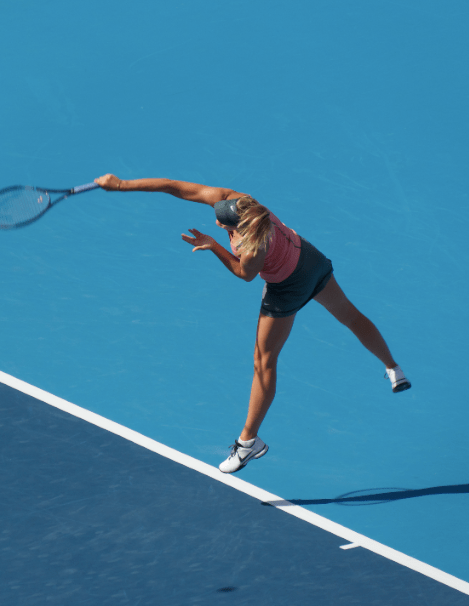 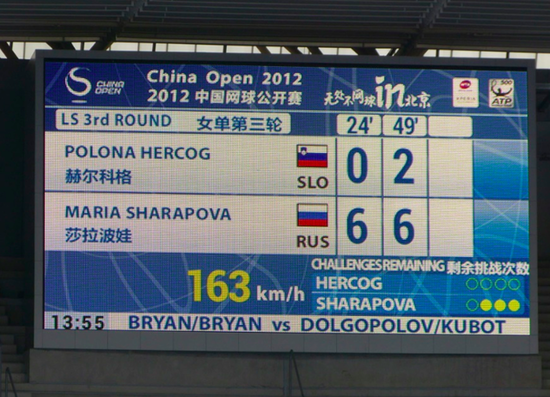 Sadly the first match was a bit of a short one… 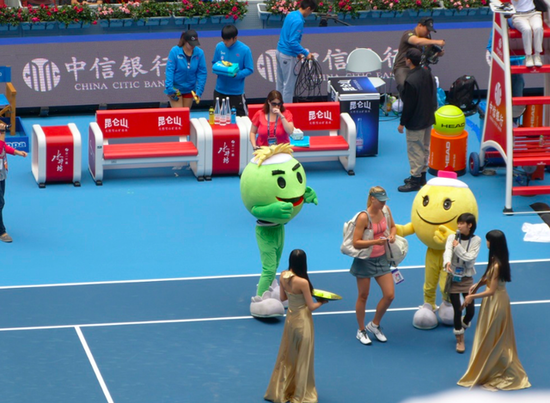 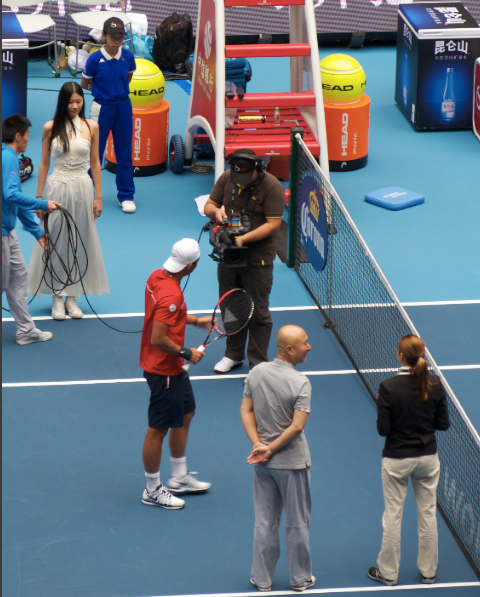 Zheng and a famous Chinese actor in coin tossing