I recently saw photos of a Finnish D-list celebrity who got married in an ice castle. Amazing concept and surroundings, although the rest of the wedding was a bit tacky. The original Ice Hotel was created in Sweden over 20 years ago, but nowadays one can find them also at least in Finland, Norway and Canada.

Lots of work and detailed sculpturing is put into these building which will only last a few months every year. Yet it seems that they come back each year with more elaborate ideas. I hope one day I make it to one of these unique hotels for a night or two. Cool it might be temperature-wise, but a stay to remember – especially if one gets lucky with the Northern Lights too! 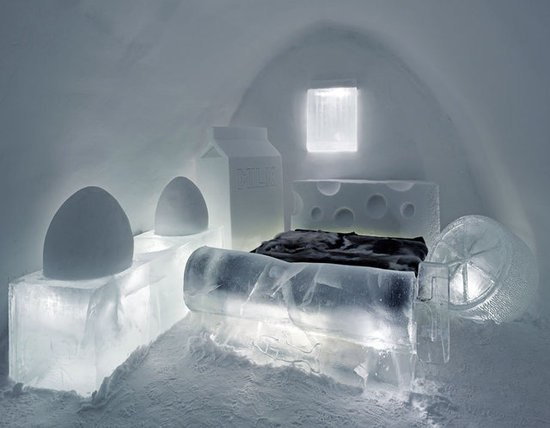 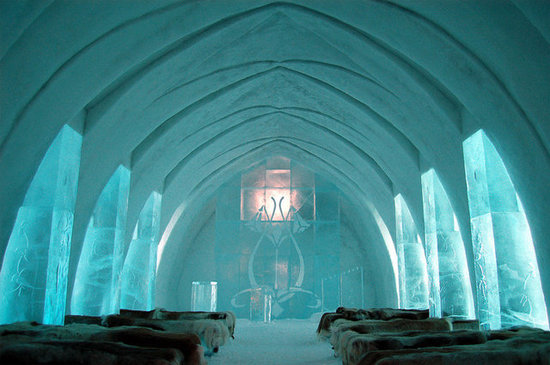 The Chapel at Ice Hotel Sweden 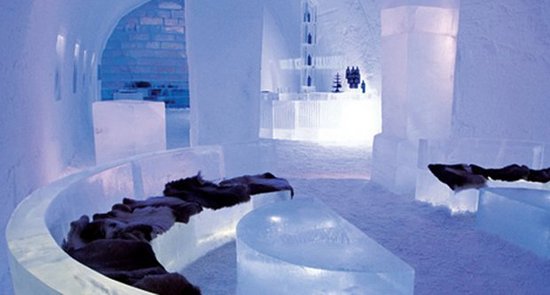 Ice windows in the bedroom of Ice Hotel Sweden 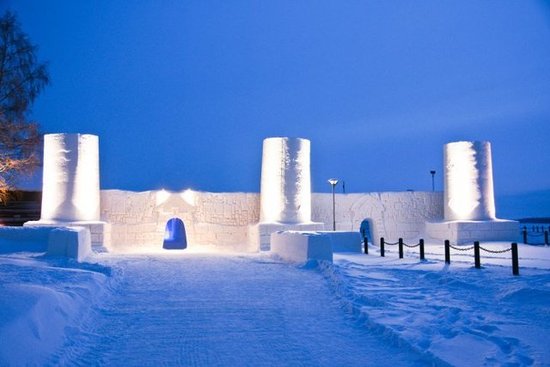 Kemi Lumilinna in Finland – an ice hotel and restaurant 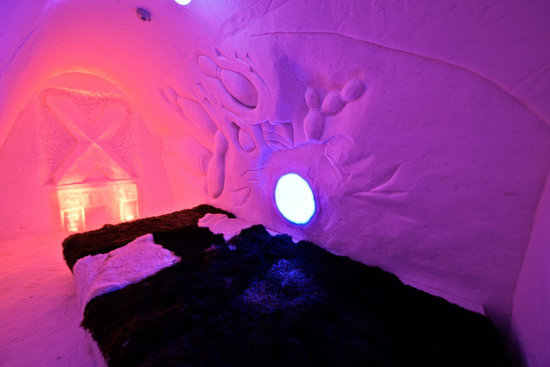 Suite at Kemi Lumilinna in Finland 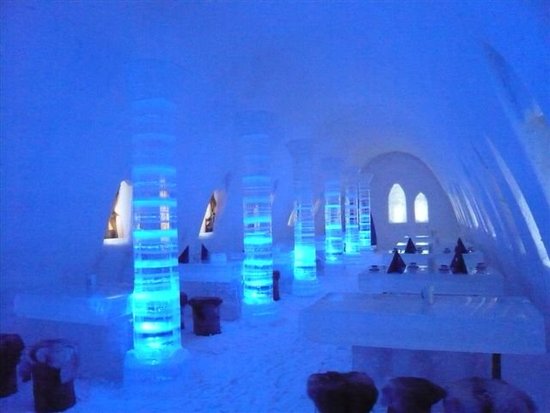 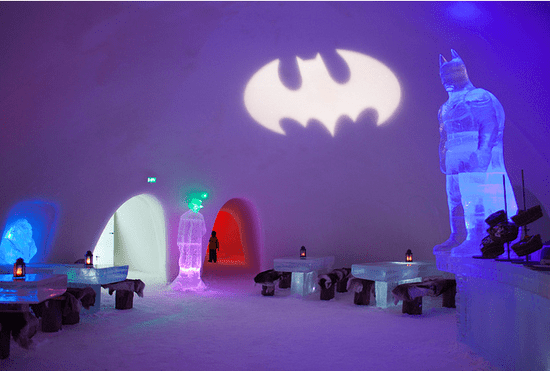 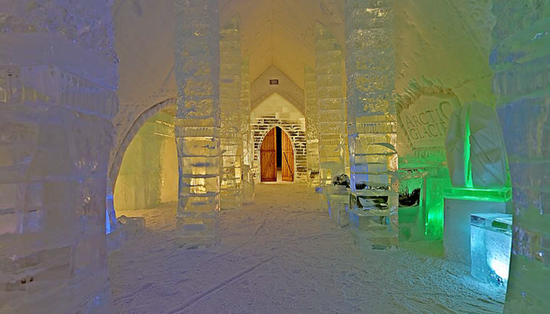 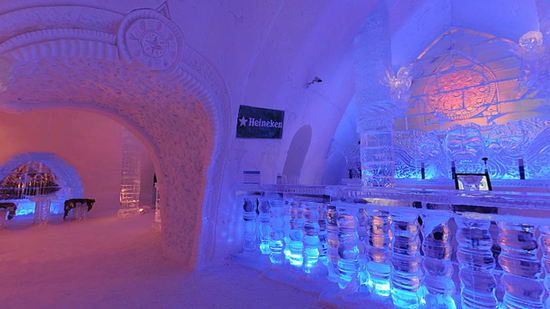 Bar at the Hotel de Glace in Canada 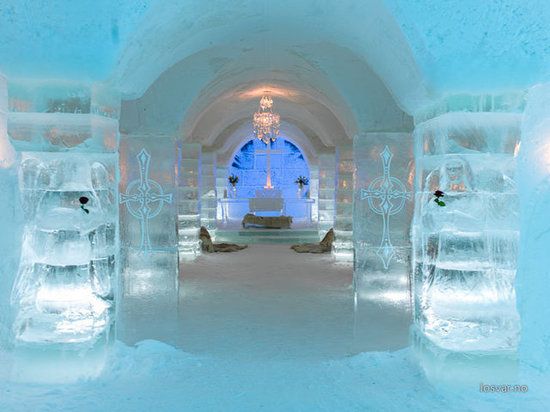 Deep in the wilderness is the Sorrisniva Ice Hotel in Norway 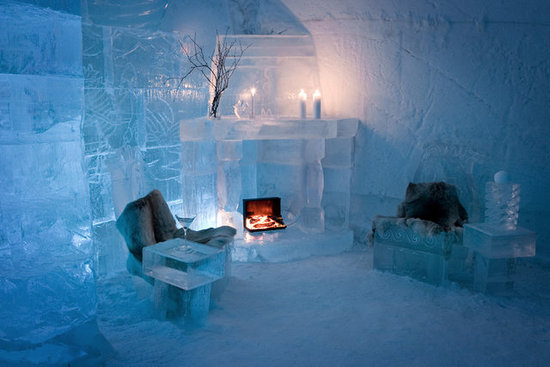 Getting cozy in the Sorrisniva Ice Hotel in Norway 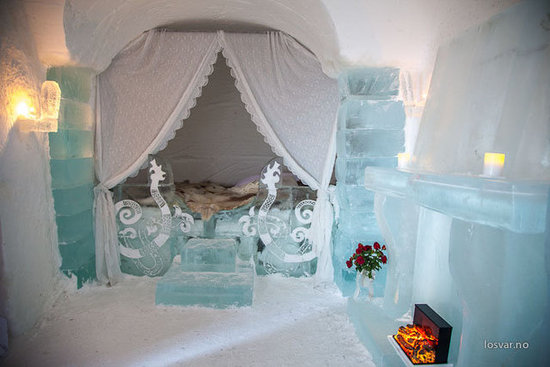