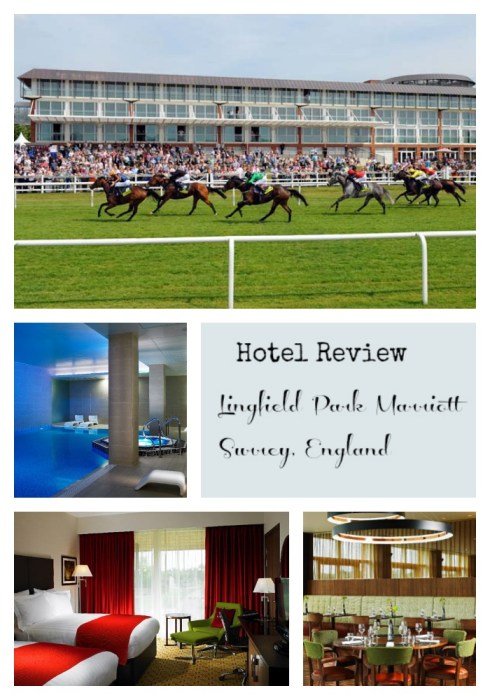 During our move from China to UK we had to find some temporary accommodation, and ended up choosing the Lingfield Park Marriott Hotel and Country Club as they had the family-friendly option of two connecting rooms. Lingfield Park is a small countryside hotel with a total of 116 rooms and suites. It’s located in the pretty village of Lingfield in Surrey, which is less than an hour by train from  London. {See my previous post about exploring the historic old centre of Lingfield here}.

According to Marriott rating this is a five-star hotel, but I would rather call it a nice four-star one. The rooms are rather new and clean and have either a bath tub or a walk-in shower, free wireless internet, fridge and complementary coffee-making amenities. 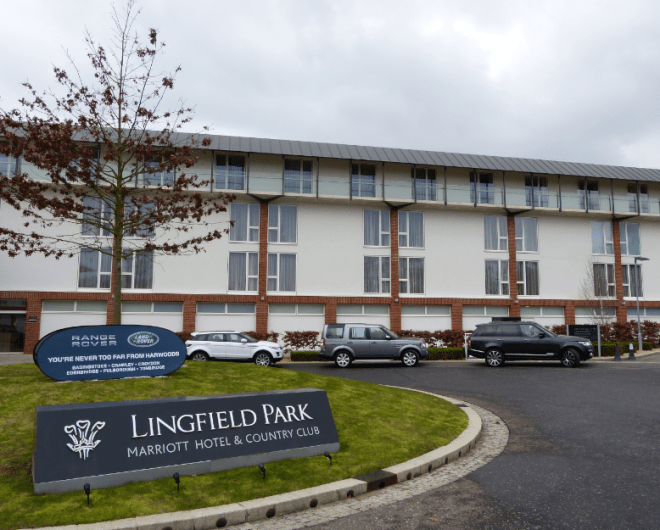 The hotel also has a lovely spa department with a pool, jacuzzi, a choice of saunas – and ice cube fountain for cooling down. But note though that no kids are allowed in the spain in middle of the day, so remember to keep that in mind if you are travelling with your family. There are also private treatment rooms – and even a hammam suite. I tried a massage and rejuvenating facial in the spa and was really happy both with the service as well as the pricing. 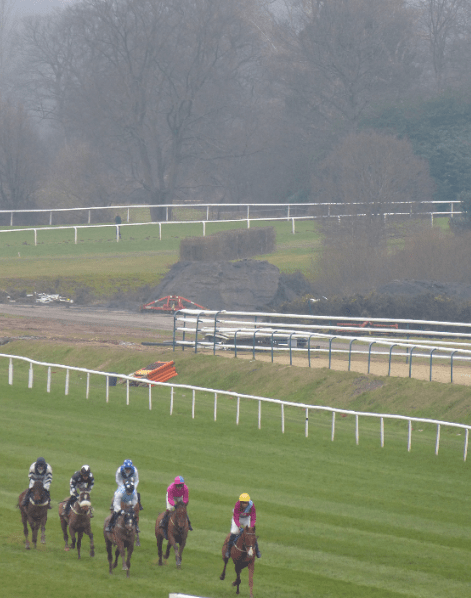 What is unique about Lingfield Park is that it is build on a horse racecourse and races run several times a week. Our rooms were facing the racecourse and we had little balconies, so it was a prime spot to admire the horses and see the best of racing without getting cold while waiting outside for the next race to start (we stayed there in winter-early spring). Watching horse racing was a lot of fun for the kids! And being a country club Lingfield also has a golf course and a gym for its guests to use. 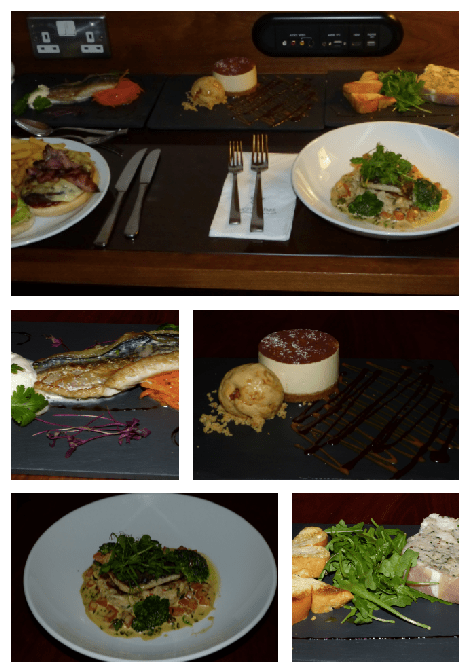 The hotel offers typical English breakfast as well as few other eating choices: a sports bar, restaurant and room service. The menu isn’t that extensive, but the hotel was somewhat flexible with special requests for children. The village has a few nice places to eat with Indian and Thai cuisine such as Thai Lounge and Tarana, and I would also recommend the lovely country pub The Red Barn nearby – especially for Sunday roast. There is also nearby a 15th-century mill museum, which also operates a restaurant called The Wiremill.

The room prices vary a lot depending on whether it is a race weekend or not – my tip would be to check both Marriott’s website as well as hotel broker sites for best deals: however Marriott site has many package deals which can end up being cheaper overall: with breakfast (or even dinner) included, movie theme weekends with a bottle of wine, popcorn, movie etc in the price, kids eat free themes and so on.

In summary this hotel provided us a good experience: also the front office staff was always very friendly and helpful with all the inquiries we had, so I’d definitely recommended this hotels for travellers – families included.