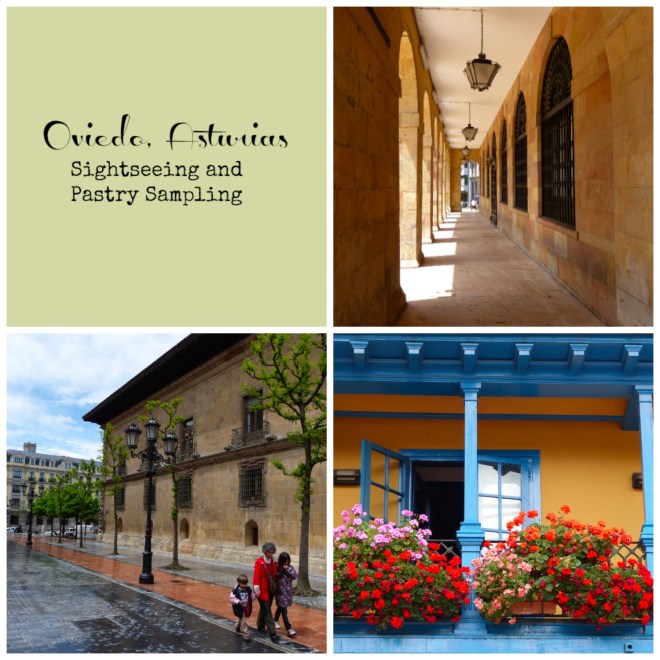 We recently took a little trip to Northern Spain, Asturias, and it was a huge surprise for me. Having been used to going to Madrid and southern parts of Spain, the north was something completely different.

Obviously, we already knew to expect the contrast of the mountains and the beach and the endless greenery and cooler weather (which of course means quite a lot of rain too, and we certainly got our share of it too), but it was also much greener, beautiful and often colourful architecture everywhere, lots of local delicatessen (and cider!) and happy, friendly people. We fell in love with Asturias and will certainly comes back for more hiking, beaches and exploring! But now, first stop Oviedo, the capital city of Principality of Asturias and home of 224 000 people. Oviedo was founded in 761 by two monks and the the name is derived from the Sudarium of Oviedo, a religious relic. 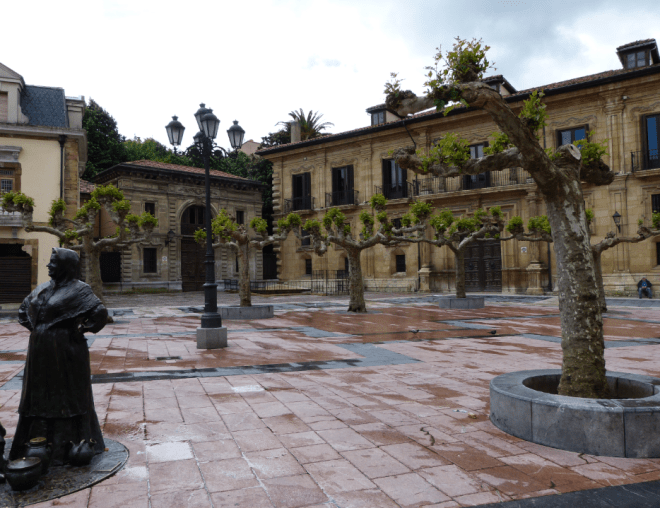 On the day of our visit the city was very peaceful. There was a good number of people strolling about despite being an occasionally rainy late May day but the typical large city noise and busy atmosphere was completely missing here. The city centre is very enjoyable as it’s full of beautiful buildings, statues and greenery both on the streets and parks. Calle Rua, where the street goes through the pretty bell tower seen on the back 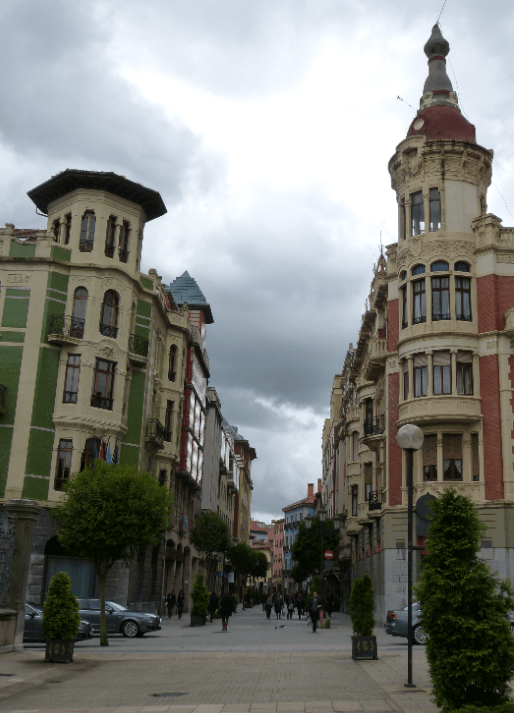 Many streets have been closed to traffic so this city is perfect was walking, especially with children. There are also lovely playgrounds and a bird pond in the central park – Parque San Francisco – for the little ones to enjoy. 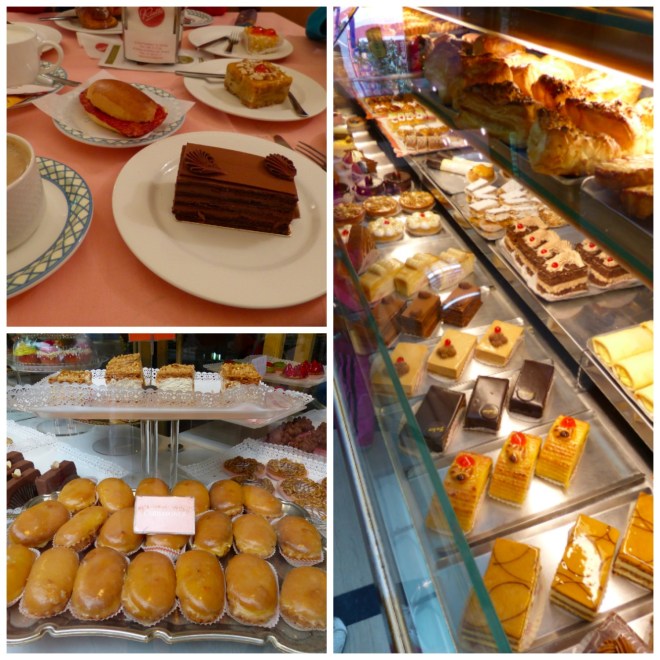 Asturias has a lot of regional specialty pastries, and even further, many cities such as Oviedo have their own specialties such as Carbayones (Pictured here on the bottom right corner). We samples quite a few, including little salty bocadillos and they were all so delicious! Typical ingredients in these parties include honey and nuts, so you need to be careful if you have food allergies. 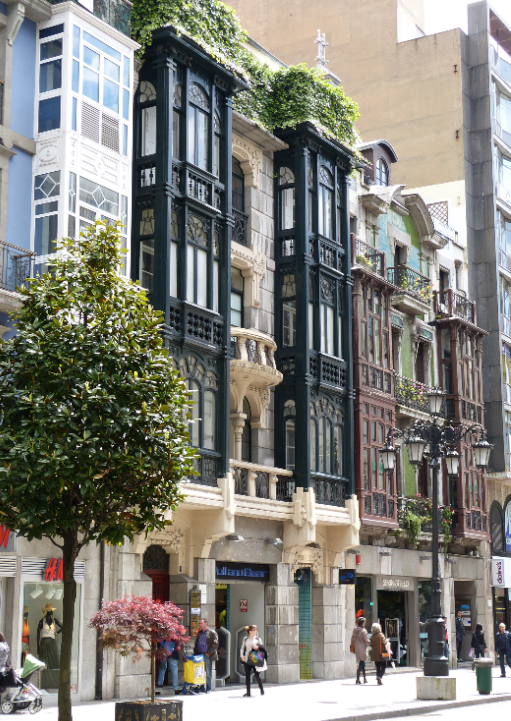 The greenery has been beautifully incorporated into the street planning 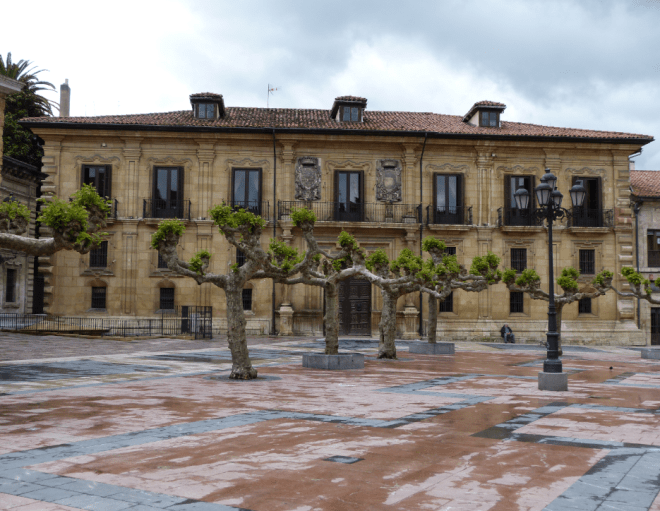 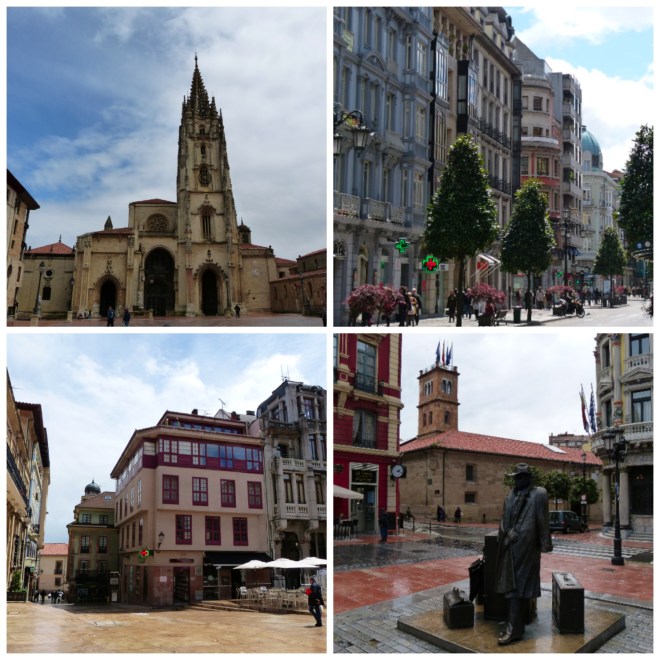 Strolling around, spotting the (left to right, top to bottow) Oviedo Cathedral, view of the colourful Calle Una, Plaza Constitution and statue dedicated to the Traveler of Oviedo 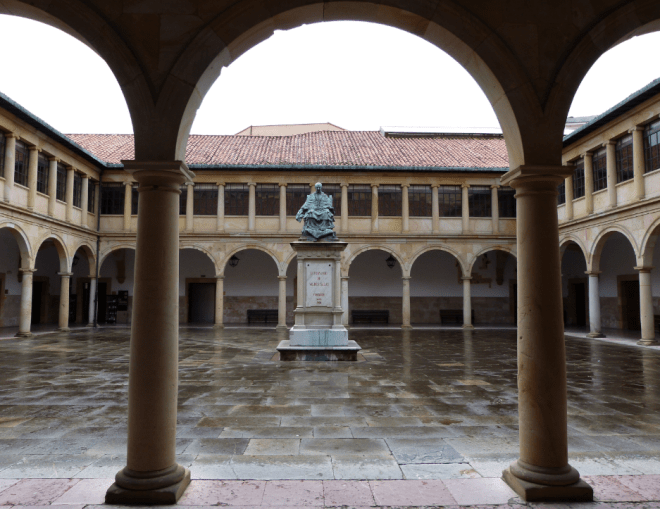 A peek into one of the University of Oviedo’s courtyards… 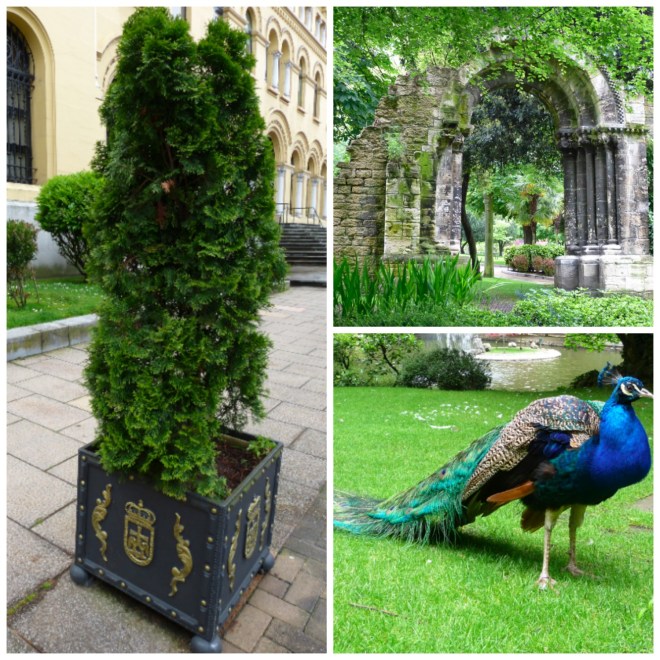