Hong Luo Si – literally meaning the Red Shells temple, but also called Red Snails Temple (as apparently two giant red snails used to live behind the temple, which emitted strange lights and this is why the people in the village used to worship them) was described in my Beijing guide as the Disneyland equivalent for temples (so I was thinking of fake and flashy, but maybe they meant instead of well-kept and clean), and we almost didn’t go and visit it – but I am so happy that we did!

This is definitely the cleanest, best taken care of all the temples I have seen – as well as one of the largest in the Beijing region. It is located in the Huairou District and is therefore easily accessed from the Shunyi expat area. This temple dates back to the Tang Dynasty (between 618-907), although it has been rebuilt many times since, but using the original outline. I am no historian, and other sources say that it dates back to 348 AD with a different name – so either way it is a very long history to have!

We were rather surprised that there were not so many tourist (and honestly at least the roads we took to this places were just tiny dirt roads with barely any signs on them – so in a way were surprised that we even made it there, it was all thanks to the persistence of the driver and kind people giving advice on the way!). So a destination definitely recommended, especially with kids as it is so clean and there is so much to see! The first entrance from the side is very modest… 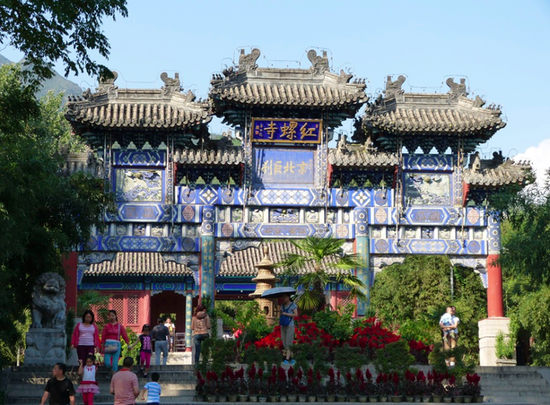 …to be greeted then by a rather grand and colourful entrance… 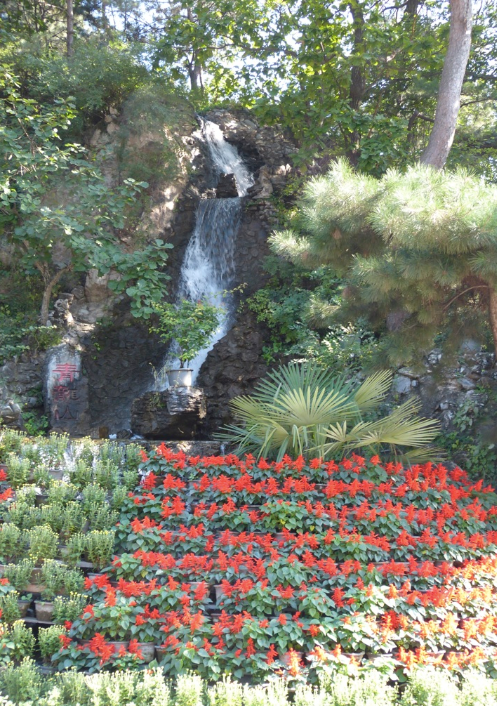 ..with even a waterfall amongst all the flowers! 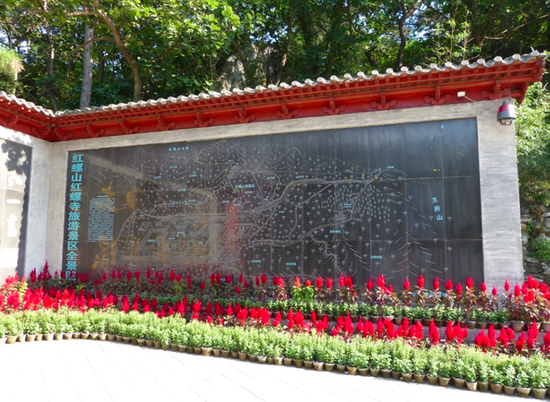 This map gives an idea how large the area is – and typical to temples there are definitely plenty of stairs to climb, but for the less fit – or thrill-seekers there is always the fast way down (one of those slide car ramps) 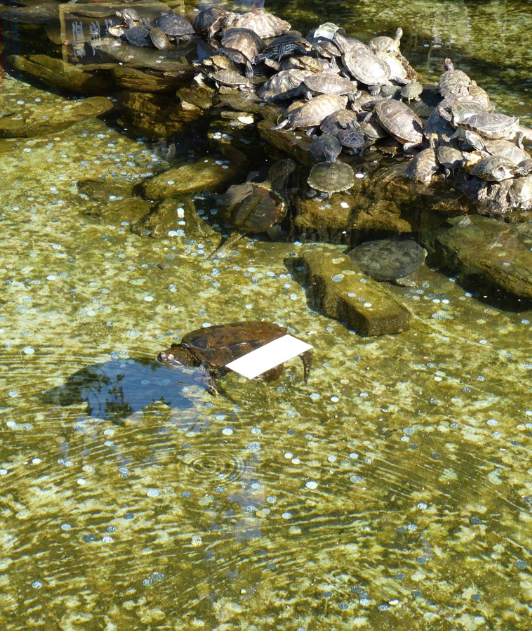 So many turtles; the pond is full of money and even notes from people making their wishes 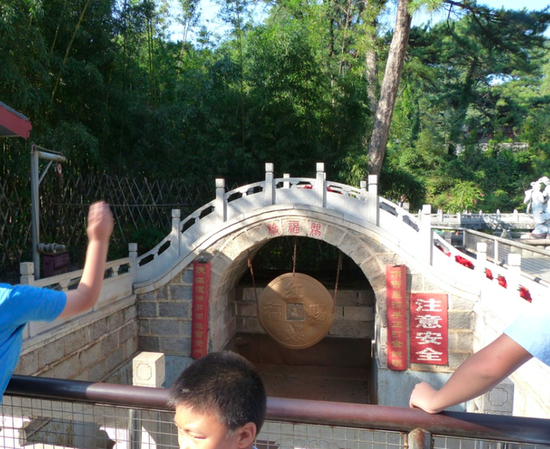 Here even the ribbons with wishes printed, or written on them, have been prettily organised One of the temple buildings with lions at the entrance 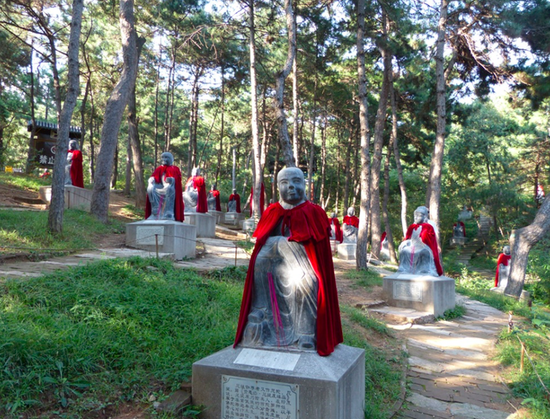 And a big, smiling one? I spy the peak, our next destination – the fitness part of the trip! 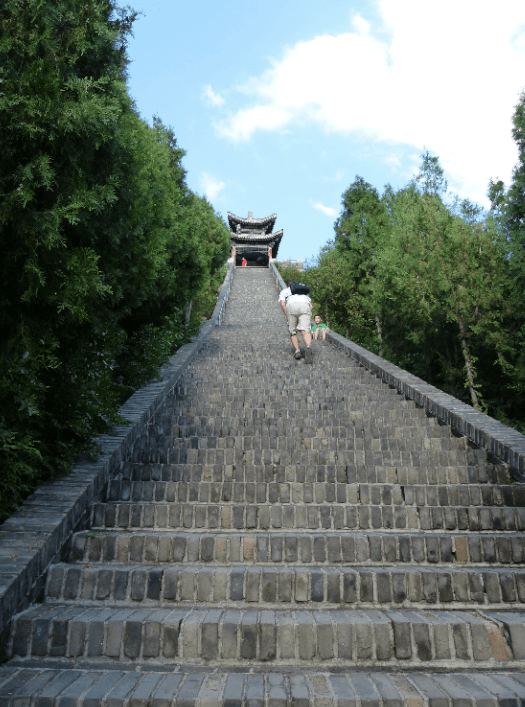 No kidding there, this is just one of the flights towards the top… …and from one peak to the next stop we go… Old bell, not sure what it says there, but I think they money collection box speaks for itself 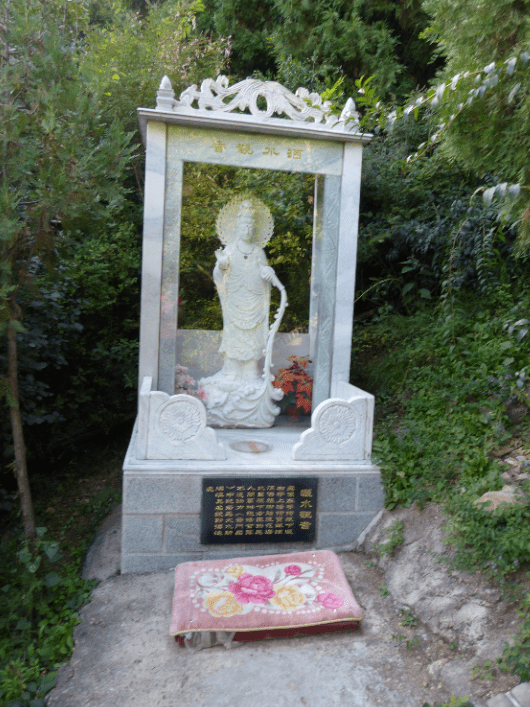 This side road down is flanked by a number of goddesses, each playing some gentle music when you pass by – such a serene experience

“Hong Luo Si is a jewel of the temples – there is so much to see and everything is well-maintained and clean. You get your mountain hikes, large lucky coin throw, turtle and fish ponds, but also beautiful flower arrangements and other water features. This is also the first place where I have seen the forest of Arhats, and also on the way to there the nicely shared forest path has figurines of all the twelve zodiac animals. Take you time to enjoy this place, and especially the mountain scenery -where even parts of the Great Wall can be seen.”